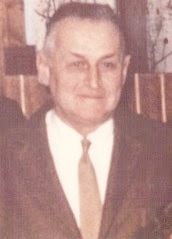 FOR HOME, BUSINESS OR INDUSTRY within the City

Marvin Loding was a former Boyne City Mayor (3 terms), was an alderman on the Common Council before the adoption of the City Charter, and was Mayor Pro-tem of the first City Commission in 1960.  He was also a Planning Commissioner, was active on the Zoning Board of Appeals, Commission on Aging, and served two terms on the Charlevoix County Board of Commissioners.  He was active in the development of the North Boyne Launch Ramp and the Shelter House at Veterans Memorial Park.  He and Commissioner Austin Sevener traveled around the country inspecting Wastewater Lagoons and were later instrumental in the engineering of the Boyne City Wastewater Lagoon System.  As a volunteer, he spent a great deal of time working on the former Barn Mountain Ski Hill (now known as Avalanche Preserve).

Therefore, in recognition of this outstanding citizen, the City of Boyne City is proud to present these awards to honor those individuals who take pride in their home, business, or industry.

The criteria for judging the Home, Business, or Industry Award will be principally for completed improvements of existing property in one or more of the following categories:

The selection process will be: