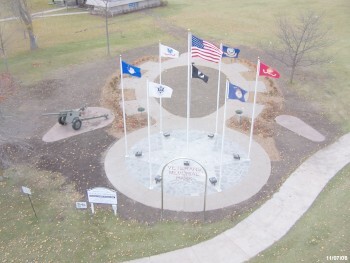 At one time in Old City Park there was a memorial with plaques of Boyne City residents who had served in World War II. Over time the monument deteriorated and the monument was taken down; however, all of the names were saved.

The American Legion came to the City with an idea of a new memorial to put the plaques on, with the potential of expanding in the future to include veterans from other wars. The best location for the memorial was determined to be Veterans Park, near the State Street entrance.

After meeting with City staff, the Parks & Recreation Advisory Board, the City Commission, and finding an architect who was willing to donate his time to the cause, the proposed plan began to take on a life of it's own and became much more elaborate than originally planned. The American Legion teamed up with the VFW, Sheriff George Lasater, and the Eagles Lodge to raise the necessary funds to build the special Veterans Memorial we have today. 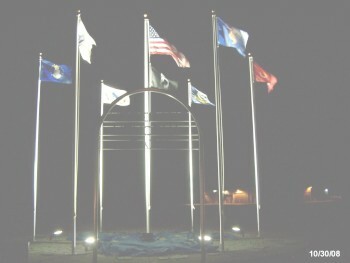